Your Journey Starts with Ben Adams

Your Journey Starts with Ben Adams

A COMPLETE GUIDE TO ESTATE JEWELRY

The pre-owned collection of vintage and estate jewelry you’ll find at Ben Adams Jewelers not only spans many eras but is also an ever-changing highlight of our stores. In fact, we have one of the largest estate jewelry collections in the state of Texas! From Antique to Art Deco and contemporary jewelry, including luxury brand watches, such as Rolex and Cartier, plus designer-signed pieces, you’re sure to discover unique jewelry finds. The pieces are previously loved, and now they are an affordable luxury for you!

We love everything about estate jewelry at Ben Adams – and we love sharing our many years of buying and selling expertise with you.

The History (and Romance) Behind Estate Jewelry

Fine jewelry is valuable and decorative art, worn and enjoyed since ancient times. At Ben Adams Jewelers, we love the history behind each piece in our vast estate jewelry collection. This varies from 100-year-old, truly antique Victorian styles, to the incredibly popular Art Deco era, to more recent, contemporary pieces. What’s unique about every ring, bracelet, necklace and watch are the unique stories behind them. 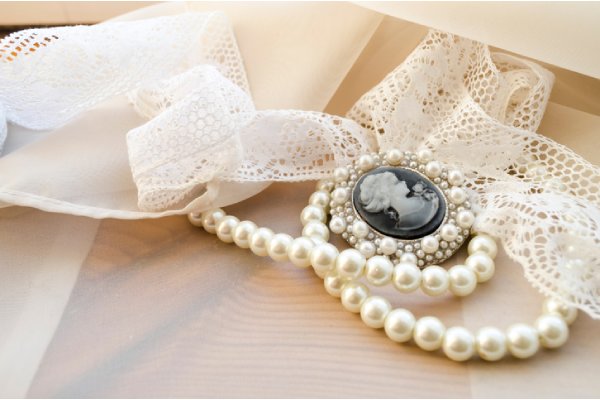 For example, did you know the term “cocktail ring” dates back to Prohibition and the decade of excess? Now you know! But just imagine the swanky parties to which our Art Deco cocktail rings may have been worn. The conversations they were a part of and the stories they could tell if they could use words. As with any style, It’s a fact that fashion trends tend to repeat themselves. That is true with jewelry as well. Spend a few minutes surfing the web, and you will see proof that vintage jewelry is making a major comeback! For example, bold chains have seen a major resurgence in popularity.

Do You Have an Estate Jewelry Type? Find Out.

Picture your home. Just like your taste in home décor may lend itself to a certain aesthetic, so does jewelry for most people. Here’s a brief tutorial on the different jewelry eras. Which do you find yourself identifying with?

In the estate jewelry world, Georgian Era jewelry is considered to be a rare find. The Georgian era of jewelry was named for the four kings of Great Britain (all Georges, of course) who reigned from 1714-to 1830. Georgian jewelry was made by hand and is quite difficult to replicate today, which is why it is so rare. Old diamond cuts such as rose, table, and old mine were popular and they don’t have the brilliance today’s cuts offer. These jewelry pieces also often included natural materials such as jet, ivory, and coral that are now restricted to use environmentally. 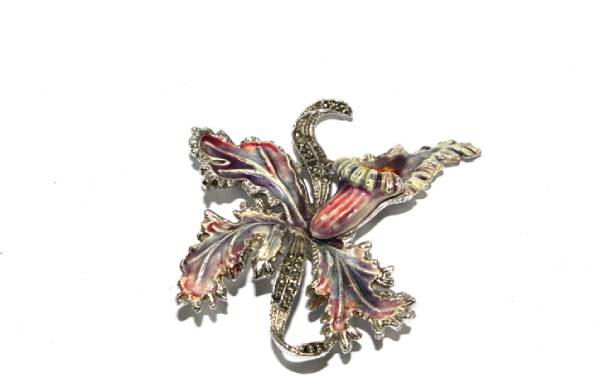 If you like elements of nature in jewelry, you’ll likely love Art Nouveau Era jewelry. French for New Art, this style often showcases curves of the female body, natural objects, like insects and stylized plants and flowers, and mythical creatures. The gems featured were often opals, moonstones, and other ethereal stones, mixed with natural materials like amber, horn, and pearl. Art Nouveau jewelry also highlights colors in pastel tones. As you can imagine, this style became very popular in the early 1900s, as a reaction against the industrialization occurring at the turn of the century. In addition, many women were starting to reject stifling Victorian styles.

Arriving at the same time as Art Nouveau, Edwardian style was very different in its aesthetic. It featured multi-strand chokers and tassels, the likes of which you may have seen on Downton Abbey. This style featured white metals and white stones such as diamonds and pearls. Ribbons, bows, and wreaths were popular motifs. Its name comes from England’s King Edward VII and reflected a time of prosperity. Similar to Victorian jewelry, Edwardian jewelry often featured symbolic themes in colored gemstones, when they were used to spell out secret or special messages.

Americans have a huge fascination with the royals, and in the Victorian Era, they strike again. Named after Queen Victoria, who held the British throne from 1837-1901, this style features cameos, long and elaborate earrings, and necklaces that drape. Victorian jewelry also tends to have a symbolic nature. Gemstones were sometimes used to spell out words like a lover’s name or a special hidden message. Although it’s morbid sounding, mourning jewelry was also often created, where lockets incorporated the hair of the deceased, as a way to keep a loved one close. 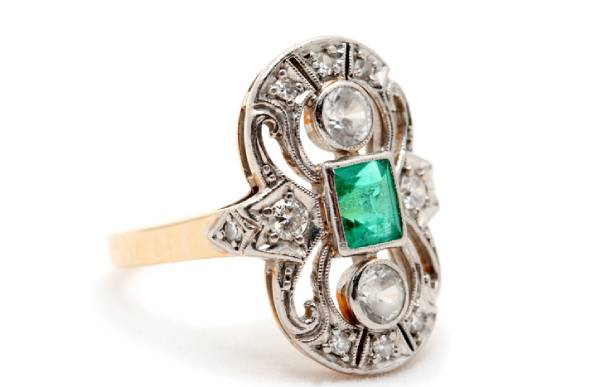 The roaring 20s through the late 30s was the time this highly popular jewelry style hit the scene. This was the era of the flapper and the beginning of women really wanting to express themselves individually. Clean lines, geometric shapes, and contrasting colors comprise the highlights of this style. Popular designers at that time are still very popular today, such as Tiffany & Co. and Cartier, among others.

Americans have a huge fascination with the royals, and in the Victorian Era, they strike again. Named after Queen Victoria, who held the British throne from 1837-1901, this style features cameos, long and elaborate earrings, and necklaces that drape. Victorian jewelry also tends to have a symbolic nature. Gemstones were sometimes used to spell out words like a lover’s name or a special hidden message. Although it’s morbid sounding, mourning jewelry was also often created, where lockets incorporated the hair of the deceased, as a way to keep a loved one close.

Influenced by Hollywood, women wanted to look like celebrities during this time. “Diamonds are a girl’s best friend” became the mantra of the day. Large cocktail rings were very popular at this time, as were multilayered pearl necklaces. Much of the jewelry from this era is very sculptural and artistic, reminiscent of the lines of mid-century modern furniture, which has made a style comeback.

With WWII now over, most of the jewelry of this time period appeared in gold due to a shortage in platinum supply because of the war effort. Excessive styles of the past became a thing of history as jewelry styles mirrored what was happening in the world. Engagement rings from this time period were typically smaller, and colored gemstones featured were less expensive, such as garnet, amethyst, and citrine. Cultured pearls were also popular. This era also ushered in the popularity of the charm bracelet. Another defining feature of this era was that pierced ears went out of style. Many earrings of this time period, from 1940 to 1950, featured screw backs or clip-on styles. 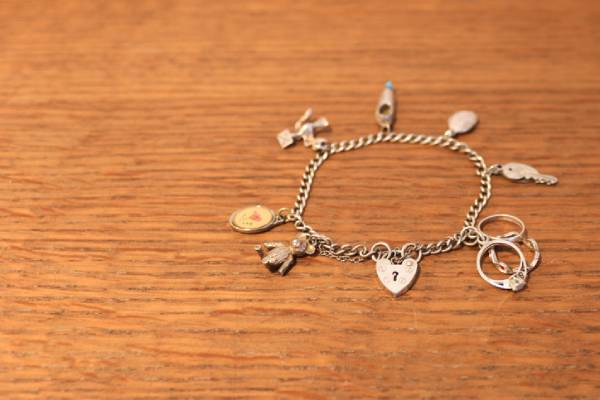 The Value of Estate Jewelry

Now that we’ve gone through the major eras of jewelry, you may find that you are drawn to more than one style. The good news is that no matter which style speaks to you, think of estate jewelry as today’s affordable luxury. It’s how we look at it at Ben Adams Jewelers. The value will become evident as you investigate our transparent pricing. For each piece, we include the cost if purchased new as a comparison to our pre-owned (and previously loved!) price of half off. Thinking about proposing? Priced complete with the center diamond, purchasing one of our vintage engagement rings ensures a truly unique look! The pre-owned Tiffany piece we sell is infinitely more affordable than its new counterpart.

Have you always dreamed of wearing a really fine timepiece, such as one by Rolex or Cartier? We offer an ever-changing collection of pre-owned watches in all styles and price points, at significant savings to you. At Ben Adams Jewelers, they are certified and include a one-year warranty, unless otherwise noted, ensuring confidence in your purchase. That status watch of your dreams is now attainable, but you will have to move quickly on it. Our pre-owned luxury watches are very popular buys with our estate jewelry enthusiasts! 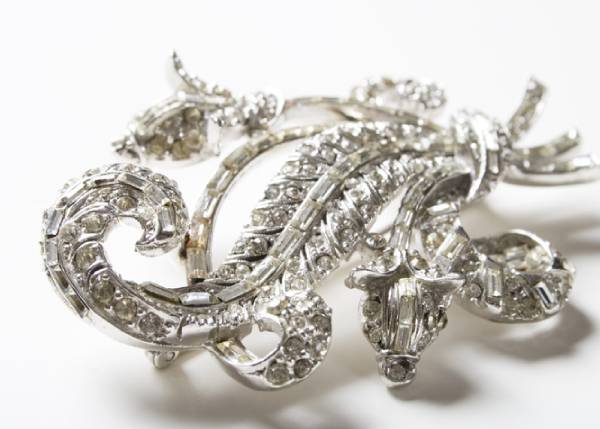 The real beauty in our Ben Adams estate collection lies in the fact that it’s ever-changing, and each piece is always one of a kind. We feature many of our estate pieces on our website but invite you to explore so much more in our Alamo Quarry location. You’ll discover the many reasons to fall in love with vintage and estate jewelry with your own eyes!

Your Source for Buying and Selling Pre-owned Jewelry

At Ben Adams Jewelers, we have been buying and selling vintage and contemporary estate jewelry, diamonds, colored gemstones, platinum, and gold for over 50 years! Don’t let those unwanted and unworn pieces sit in your jewelry box. Consider giving us the opportunity to turn that neglected jewelry into cash, or restyle it into something you will love to wear again. All of our transactions are confidential! To schedule an appointment, click here.